Okay, this isn't me. This isn't remotely me. This is so not-me that it could be called the anti-me.
But it's a lot of writers. There is a tendency among writers to get very attached, even overly attached, to the created product that any change or even subtle deviation from it causes tremendous personal pain.
Most business-type writing is done in a regulated environment. If you work for a business, you have to get reviewed by the guy who hired you plus probably by a couple of other people and maybe the company's lawyer. Write for a financial company, and you'll have financial guys reviewing your material, too. Write for medical companies, as I often do, and you have a regulatory team look at your work before the FDA or overseas bodies get to put in their two cents. In short, writers who work the B2B (business to business) jungle have to come to terms with this.
Reviews would be wonderful if reviewers were all well qualified, objective, and contributed in the areas of their expertise. This is like saying it would be wonderful if Cherry Garcia ice cream had no calories and made you smarter.
Reviewers by and large are not writers, have no training in communication, and may labor under the misguided notion that if they don't make substantial changes to your document, they have not participated in the process. Many reviewers feel an urge to stretch their wings far beyond their area of expertise.
In my own experience, I have had lawyers urge me to "punch up a headline," clinical engineers inform me of better choices of wording (not for clinical terms, though), and a nurse who told me a presentation did not flow at all. I had a government agency once tell me to write a pamphlet about defibrillators for patients without using any word more than three syllables (can you say de-fib-ri-la-tor?)
In short, it can be brutal. So what do you do?
The first thing I do is realize that my name is off the final document. A B2B assignment is most likely a "work for hire," which means the company owns the rights to the final document. Your name will get pulled from it, so think what that means. It means it is not yours! The company that commissioned your work has every right to change it, and it is not up to you to impede it in the process.
Being nameless can have its rewards, too. Nobody will have to know that you submitted a text with a table called "Observed Observations" (a real comment that the reviewer insisted be added to the document). So while you were in the business of writing well in the first phase of the project, in the second phase you are in the customer relation business. Just as an interior decorator will allow a client to paint the kitchen black if he insists, you have to do your best work and then accommodate client input.
The next thing I do, with reasonable, if not ferocious, consistency is make counter-suggestions. Many comments by reviewers do not accurately convey what the reviewer wants to say, but do in truth communicate something. The nurse who said my presentation did not flow was simply stating that she did not find a logical progression there. The lawyer who wanted punchier headlines wanted to let me know he knew a thing or two about writing. The government agency that wanted a brochure without big words about a product that was called by a big word was just saying that it wanted patient materials written at a very basic level.
This is way different than educating the client, a rather presumptuous term I hear bandied about. I do not educate my clients; I let them educate me. I will suggest things, but never in the sense of trying to "educate" them, more in the sense of trying to find a good solution to their complaint.
The last thing I do is listen and try to learn. Most non-writers communicate only half of the story, and that's on a good day. You may find out that a legal reviewer's input is based on the threat of some future litigation or a marketing guy's comments are based on competitive intelligence which he never shared with you. Most reviewers do not object to a phone call to discuss their input. Such calls generally go better when they do not start out, "Listen, jerk."
Last but not least, count the money. Work for hire is about doing your best, then letting your customer hack at your precious creation, trying to salvage what you can, and then going to the bank. Sometimes it helps to think of that last part. It's a job, for pity's sake.
Posted by Working Texas Writer at 3:55 PM 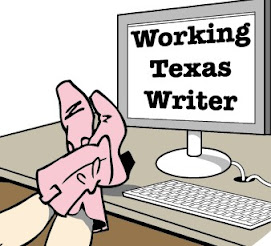